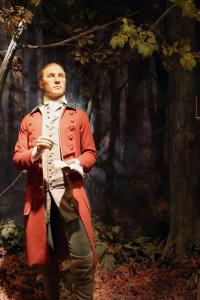 President’s Day celebrates the presidents of the United States of America. This holiday is observed on the third Monday in February despite Abraham Lincoln’s birthday being on February 12th while George Washington’s is just ten days later, on February 22nd. Fun Fact: Not just Washington and Lincoln were born in February. William Henry Harrison and Ronald Reagan are also two other presidential February birthdays.

When George Washington was alive in the 1700s, his birthday was celebrated by much of the US, therefore observing it as a holiday. President’s Day was established in 1885 for George Washington since as he was the first President. In 1968 the first attempt to make this a national holiday failed but the second attempt (1971) was successful. Thanks to this, federal offices, schools, and even the post office will be closed to observe Washington’s Birthday, called the Uniform Monday Holiday Act to give workers a three-day weekend.

For President’s Day, you can raise Old Glory in honor of the presidents. It is a great way to show your patriotism and respect for these pioneers in American history. Of course, you can always raise the flag for any president, veteran, or service member you would like to celebrate.

Did you know? In the 1980s, retail stores began to use President’s Day as a marketing opportunity. Since people start to get income tax checks this time of year and many businesses are closed for the holiday, it gave consumers the benefit of time and availability to hit the sales, and the retailers a boost to their after-Christmas slumps.

New Jersey places third into the union and as one of the original thirteen colonies. New Jersey is dubbed “The Garden State” and officially became a state on December 18, 1787.

The flag of New Jersey has a light yellow-brown background with part of the state seal in the center. The state seal features three plows inside a blue shield in between two women. The woman on the left is the Goddess of Liberty, who is holding a staff and the cap of freedom; on the opposite side is the Goddess of Agriculture, who holds the cornucopia full of food. Above the shield and the two woman is the head armor of a knight, a horse’s head, and blue filigrees. On the bottom is a ribbon which bears “”LIBERTY AND PROSPERITY” and “1776” (Random Fact: This state flag was adopted on March 26, 1896, a little less than 109 years after admission into the union).

New Jersey was given to James the Duke of York from his the brother, King Charles II of England. James later gave it to Sir George Carteret and Lord John Berkeley. James named New Jersey in honor of Carteret who was born in and was the former governor of Jersey, which is a British island in the English Channel.

The Battle of Trenton was a small but important battle in the American Revolution, taking place in Trenton, NJ. In 1776, the day after Christmas and General George Washington’s Crossing of the Delaware, he led his Continental Army against Hessian soldiers. Very soon all the Hessians were captured with very little damage to our Army. This battle’s significance was its much-needed boost to the Continental Army’s morale. Reenactors come to Trenton each year to relive this victory.

Another fact: New Jersey is the 47th largest state in the United States with only 8,722 square miles.